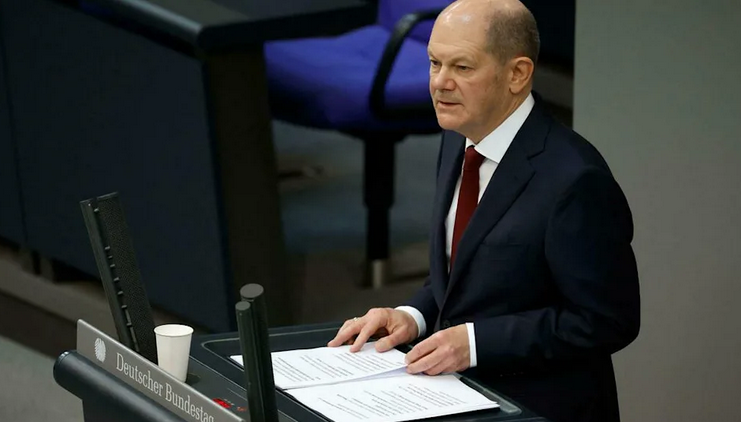 After 16 years of steadiness under Chancellor Angela Merkel, and barely two months into her successor Olaf Scholz's tenure, Germany has had to drastically change course on its defence spending, as well as foreign and energy policy. Despite its past history, Berlin’s European and Transatlantic partners have warmly welcomed this decision which will significantly strengthen Germany’s military capabilities. But will this fundamental change be sustainable when its goals conflict with the those of fundamental transformation that the three party ‘traffic light’ coalition has set itself?

Andreas Busch is currently the Chair and Professor of Comparative Politics and Political Economy at the University of Göttingen. He was John F. Kennedy Memorial Fellow at the Center for European Studies, Harvard University; and Reader in European Politics at the University of Oxford from 2003 to 2008. He is a member of the Academy of Sciences and Humanities and editor of the academic journal German Politics.

Henning Meyer is Fellow at the German Federal Ministry of Finance; Honorary Professor of Public Policy and Business at Eberhard Karls University of Tübingen; and Founder of Social Europe Publishing & Consulting GmbH.